Ferrari officially took off the veils on the new 296 GT3, heir to the 488 GT3which will race from next year in the GT series and from 2024 also at the 24 Hours of Le Mans. We had seen this racing car make some first laps of the track at Fiorano in mid-April 2022. Now, Maranello has revealed all its secrets. 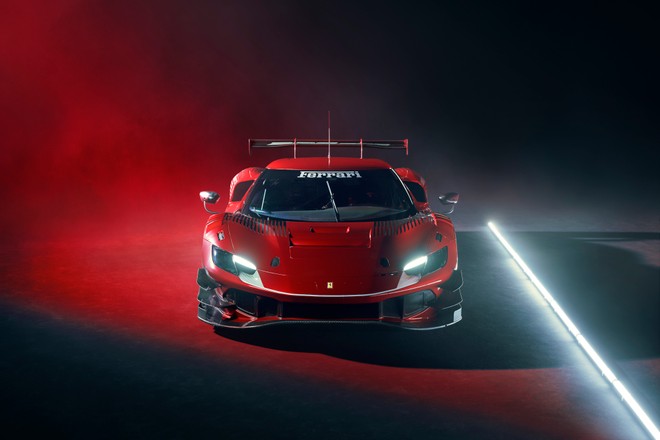 The starting point is that of the Ferrari 296 GTB which has been redefined according to the demands of the track and performance thanks to the teamwork between Centro Stile, aerodynamics and designers. The goal of the technicians was to “create an aerodynamic configuration capable of operating within the homologation parameters, reducing sensitivity to trim variations, to the benefit of the speed performance, handling and predictability of the car“This work has resulted in a 20% gain in vertical load compared to the 488 GT3.

From the front splitter to the rear extractor characterized by a diffuser with a sophisticated three-dimensional design, everything has been studied in detail to arrive at achieve maximum aerodynamic efficiency. The aluminum frame was developed using the experience gained with the 488 GT3. The Maranello technicians have obtained a particularly light frame that also allows better and more efficient ballast management and to make the most of the grip potential offered by the tires without compromising their integrity in just a few steps. Compared to the road version, the 296 GT3 has a longer wheelbase, within the limits of the regulation.

The suspension, as well as the anti-roll bars, offer the widest range of adjustments to allow the drivers to be able to count on the best possible set-up of the car. The braking system has also been revised and enhanced, with newly developed calipers and discs (now 400 mm at the front). Completely new, however, are the forged wheels of the 296 GT3, developed and approved exclusively by Rotiform for this model.

The technicians, in designing the car, paid a lot of attention to the speed with which it is possible to replace damaged parts. In fact, both the front and rear portions can be replaced in just a few seconds thanks to a series of tricks and solutions that guarantee a very rapid return to the track in the event of damage that compromises aerodynamics or performance.

The cockpit has been developed to be intuitive and accessible, as well as being able to offer good visibility. These are important aspects in endurance races. Compared to the 488 GT3, the cockpit has been completely redesigned on the basis of the information collected by both the factory drivers and customers.

To allow the pilot to always have the main functions at hand, many of the controls have been moved to the new steering wheel inspired by that of Formula 1. Pedals and steering are easily adjustable. The air conditioning system has been designed to ensure adequate ventilation in all conditions, to the benefit of the rider’s concentration in every phase of the race.

The debut of the racing car is expected for Daytona 24 Hours of 2023. 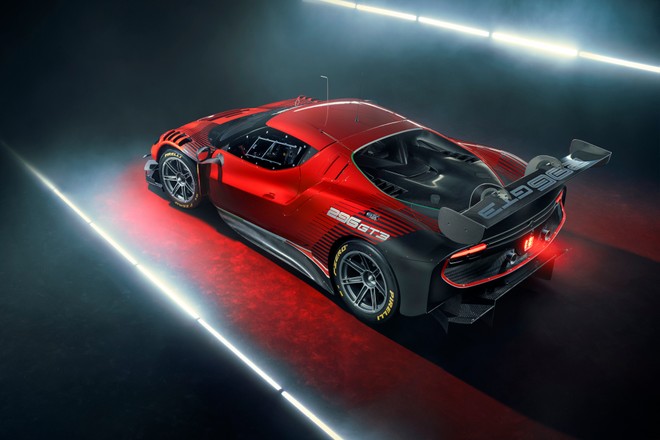 The beating heart of the Ferrari 296 GT3 is the 6-cylinder of the 296 GTB but not combined with an electric unitfor regulatory reasons. The “V” is 120 degrees and the turbos have been placed inside the “V”. The engine is positioned more forward and lower than the road version, to the full advantage of the lowering of the center of gravity and torsional stiffness which, compared to the 488 GT3, scores gains of around 10%. All the internal fluid dynamics of the engine and the specific components adopted for the track version of the engine have been studied and fine-tuned by the engineers of Ferrari and its partners. 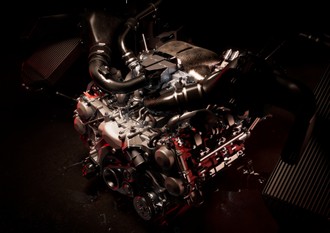 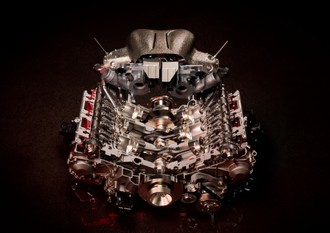 In view of the “Endurance” races, Ferrari has worked to optimize consumption, without sacrificing performance. The result are approx 600 hp of power with a torque of 710 Nm (values ​​that may vary according to the BoP – Balance of Performance). The engine is combined with a sequential 6-speed transverse gearbox with paddles on the steering wheel.