Honda has finally officially presented the new Civic Type R. There was a lot of anticipation for the debut of this sports car of which the car manufacturer had anticipated some details over the last few months to underline the great performances that it will be able to offer to the lucky ones who will get to its guide.

Unfortunately, the Japanese brand did not want to reveal all the features of its new sports car. In particular, nothing has been said precisely about the performance of the engine. More details will certainly be shared in the future. On the European market will be available from early 2023. Prices have not yet been disclosed.

THE MOST POWERFUL CIVIC TYPE R EVER 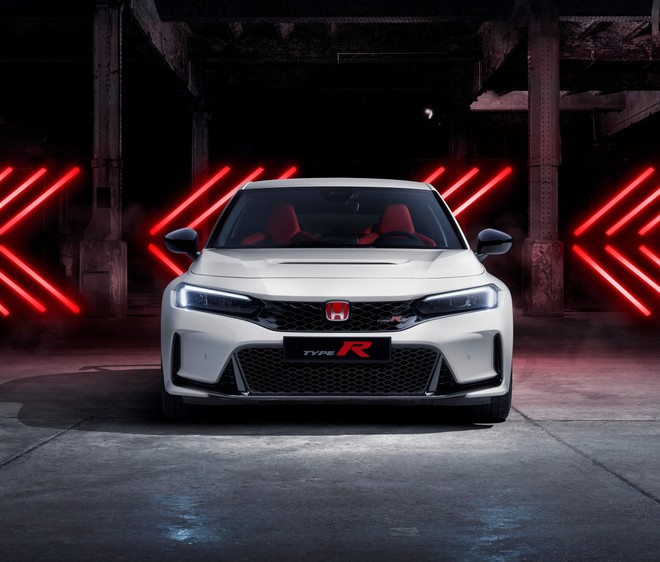 Honda highlights the great performance of this sports car by recalling once again that it has set the new lap record at the Suzuka circuit for front-wheel drive sedans. The basis is that of the new generation of Honda Civic. The manufacturer says the engineers have perfected every aspect of the new model, including the design, which is essential to improve aerodynamic performance.

The large grille maximizes airflow to the engine, working in synergy with the new slim bonnet, which in turn features an air intake that has also been developed to optimize the entire front airflow.

The attention to aerodynamics can also be seen in other details of the car including the side spoilers positioned behind the front wheels and a new wider rear diffuser, directly integrated into the underbody. The rear wing is lower but wider than the previous model. New Honda Civic Type R will be available in colors Championship White, Rallye Red, Racing Blue Pearl, Crystal Black and Sonic Gray.

Speaking of the interior, Honda has retouched those of the Civic with some details designed to enhance the sportiness of the model. We find, for example, red finishes and some dedicated graphics for digital instrumentation and infotainment. We also have some specific features to collect real-time data on track performance.

Among the main functions, a stopwatch to record lap times, a 3D graph to show the maximum force that can be developed by the tires, and a scoring system that helps improve the driver’s ability on the circuit.

As we said at the beginning, there is no specific information on the engine. The sports car adopts an evolution of the 4-cylinder turbo of the current generation which today is capable of delivering 320 hp.

The changes made are several: the revised turbocharger now features a compact housing to improve the overall efficiency of the unit. The turbine itself has been optimized in the number and shape of the blades to increase power and improve airflow through the turbo. The result is the most powerful VTEC turbo engine in Type R history. A revised, highly efficient exhaust system works together with the powerful powertrain to improve the power-to-weight ratio, torque and top speed of the previous generation Type R. to make the Civic Type R 2023 one of the most powerful cars in its class.

The engine is combined with a 6-speed manual gearbox. The braking system is from Brembo.